Send it by Sea on Vanuatu Holiday

It’s no secret that the clear waters are perfect for snorkelling on a Vanuatu holiday, but to make the most of its favourite tourist activity, Vanuatu has built the world's only underwater post office just off Hideaway Island.

The booth is manned by Vanuatu Post staff in scuba gear several times during the day, and there is a post box for when no one's at the counter. You can buy special waterproof postcards at a gift shop on nearby land and snorkel or dive down to post them.

Vanuatu is also home to a couple of activities just perfect for writing home to brag about - diving the wreck of the Espiritu Santo and standing on the edge of Tanna Island's live volcano. 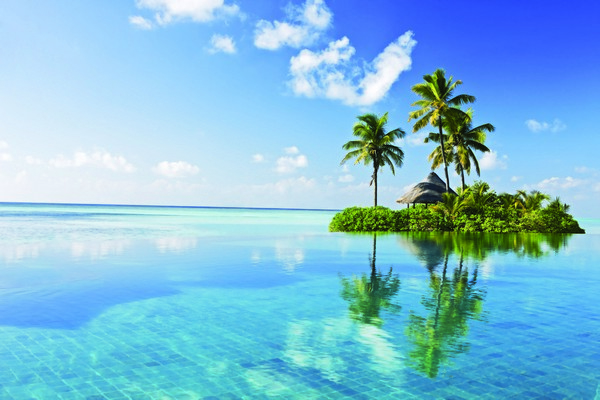 The 200 metre long wreck of the President Coolidge ex-cruise ship turned troop carrier can be reached off the Vanuatu island of Espiritu Santo, 45 minutes by plane from Port Vila. The wreck was sunk on the beach after the Second World War and now offers some of the best diving in the world.

Tanna Island is a 35 minute flight south of Vanuatu's main island, and home to one of the worlds most accessible live volcanoes, Mt Yasur. Visitors need to traverse some pretty rough roads to access the mountain, but to stand so close to red hot lava erupting is an unforgettable experience.

Whether you're planning a weekend getaway, family holiday or overseas trip of a lifetime, Flight Centre has some amazing blogs to help your dreams come true!

more articles from this author

The Best Time To Visit Fiji
9 August 2019
If you are like most people on Earth, you would love to have a holiday in the beautiful islands of Fiji. White sand, crystal clear water, and a year
South Pacific

Day trip to paradise: Malamala Island Beach Club, Fiji
31 August 2018
Fiji is famous for its idyllic tropical islands, but the most swoon-worthy tend to be quite a hike from Viti Levu. Now you can experience luxurious
South Pacific

A beginner’s guide to Moorea, the world’s “most beautiful” island
29 August 2018
With the amount of praise it gets, it’s surprising that Moorea is still as gorgeous and unspoilt as it is. Named one of the most beautiful islands in
South Pacific

The Insider’s Guide to Tahiti Island
13 August 2018
It’s the biggest island in French Polynesia, and many visitors’ first port of call on their way to more remote destinations. But what makes Tahiti
South Pacific

All the must-do experiences in Noumea, New Caledonia
4 July 2018
One of our closest neighbours, New Caledonia is only a two-hour-45-minute flight from Auckland. There's nothing better than going from a cold, grisly
South Pacific

Bourail: The other side of New Caledonia
18 September 2017
Two hours north of Nouméa, the district of Bourail is one of New Caledonia's gems, home to gorgeous wild places and kilometres of perfect, largely
South Pacific

What you need to know before you visit Niue
6 July 2017
With its reefs and forests Niue doesn’t conform to the stereotypical notion of a Pacific island getaway. But for those willing to try something new,

5 days in Queenstown – how to plan the best family adventure!
5 June 2020
Queenstown is most definitely one of the best places in New Zealand for a fun-filled, action-packed family holiday. But there’s so much to see and do
New Zealand

The Ultimate Guide to Planning a New Zealand Ski Trip
26 May 2020
New Zealand is home to some of the best ski fields in the world. From bustling snow resorts to small ski club fields, NZ slopes offer up a diverse
Travel News & Tips

27 Movies That Will Transport You From Your Couch Far Away
3 April 2020
We're still not allowed to travel but we're allowed to dream about travel! Here’s a short list of curated movies to take you over the seas and far
New Zealand

Plan a New Zealand holiday the teens will want to go on
26 May 2020
There’s so much to explore in our beautiful country, but while the breathtaking scenery of the Milford Sounds might be your perfect idea of a holiday